You are here » Home » NCP Members 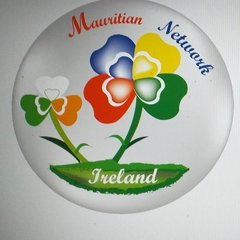 Mauritian Network Ireland is an organisation that works to promote Mauritian culture through seminars and educational activities for children and through the provision of information.

It was set up in 2011 and endeavours to support Mauritian people throughout the island of Ireland, particularly those who are facing stressful situations. It also aims to promote the traditions and culture of Mauritius and its people in Ireland.

Mauritian Network Ireland is open to new members who are based in Ireland. It also is interested in collaborating with other groups in Ireland, to media queries and in funding and government assistance.

To get in touch with Mauritian Network Ireland, contact Padminee on (089) 613 2066 or email mauritiannetwork@gmail.com.

You can also connect with the group on Facebook at www.facebook.com/mauritiannetwork. (Please note, to see fully what the group posts, you may need to send a friend request on Facebook.)